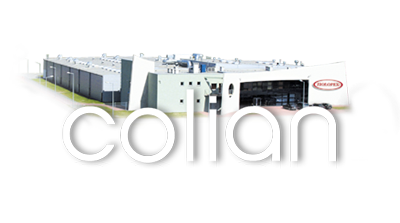 Colian S.A. is a Polish holding company, operating in three market sectors: confectionery, culinary ingredients and beverages. It comprises Jutrzenka Colian and Colian Logistic, of which the former owns the brands Jeżyki, Familijne, Akuku!, Mella, Goplana, Grześki, Appetita, Hellena and Siesta. Every year, 40,000 tons of products leave our manufacturing facilities and reach customers in 20 countries all over the world. Our food products are present not only in the European Union but also in countries of east-central Europe, the United States, Canada and the Middle East. Keeping up with emerging trends and constant product innovation allow us to compete on the global market.

History and the present day

The history of Colian Sp. z o.o. and its cooperating companies is rich and complex. It all started with seasonings...
Ziołopex Sp. z o.o. was established in 1990 as a family business, founded by Jan Kolański. Initially, the company was concerned with the production of organic herbs and the packaging of seasonings. Over time, the company’s operations extended to the import of raw materials from the Far and Middle East, Africa, and South and Central America. Composing spice mixes according to our own recipes and introducing them onto the Polish market was the next step in business development. Several years into operation, Ziołopex became one of the largest importers of spices. As part of the company’s development policy, a new brand of seasonings was developed, named Appetita. The introduction of a new brand involved establishing a new production facility in Wykroty, equipped with modern production lines and laboratories, and conforming with the highest standards of the European Union. 2003 marked the debut of the Appetita brand on the Polish market. Appetita is a world of unique aromatic herbs and spice mixes that add flavour and distinction to any dish. This brand name means high quality, authentic products, and guarantees the best production technology. The brand portfolio includes innovative products based on our own recipes, such as seasoning mixes, marinades, and highest quality single-ingredient seasonings. The all-purpose vegetable seasoning and the "Domowe Sekrety" line of baking additions complete our product range.

In 2004, Jan Kolański became the majority shareholder in Jutrzenka S.A. The portfolio of the company included such brands as Jeżyki, Akuku!, Familijne, and Mella. This was the first step to building a strong business unit. In the same year, Jutrzenka S.A. bought the brand Goplana from the Nestle concern, along with a production plant in Poznań. The plant became the property of Jan Kolański and Goplana took up an important position in our portfolio. In 2005, the group was joined by Kaliszanka, a manufacturer of the popular Grześki wafers. Two years later Jutrzenka S.A. acquired the brand Hellena. The company gained a strong beverage division, and bottles with the characteristic green logo made a successful return to the shops. In 2008, the group's operations were consolidated under Jutrzenka Holding S.A. stock exchange listed company, now Colian S.A. In 2009, Siesta, a new brand of packaged dried fruit and nuts was introduced onto the market. Ripe, firm and flavourful, these products are made of the highest quality fruit and nuts, and are all one could wish for in a dessert ingredient. Since January 2010, Ziołopex Sp. z o.o. has been part of Jutrzenka Colian Sp. z o.o.

In 2011, the company's name was changed from Jutrzenka Holding SA to Colian SA.

In January 2013, a preliminary agreement was signed to purchase FC Solidarność. As of 29 April 2013 Colian Sweet, a Colian SA subsidiary, acquired the brand and the Lublin-based company Solidarność.

Firma Cukiernicza Solidarność was founded on 4 June 1952. The early 1960's mark the launch of the company's flagship product Śliwka Nałęczowska w Czekoladzie, which is still sold and enjoys popularity among consumers. In 1994, Złoty Orzech was launched. The hazelnut and cream-filled chocolates have been the company's most awarded product.

Currently the Colian Group consists of the following companies: Colian sp. z o.o. and Colian Logistic sp. z o.o. Its headquarters are in Opatówek near the city of Kalisz in the Province of Wielkopolska